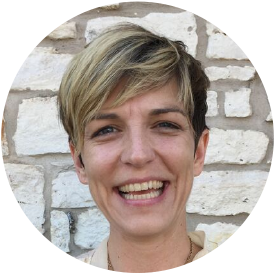 In the beginning, editor Nevie Owens honed her skills by making bad movies shorter; now, 15 years later, Nevie has had the pleasure of working with acclaimed producers and directors, and on projects she is proud to show her grandparents. Whether it’s a music video, short, or feature Nevie approaches the project with enthusiasm and with the right amount of creative vision and anal retentiveness…every frame counts! Nevie got her first taste of the industry with a STARZ internship her final year at the University of Denver, where she was a communication/philosophy major. Upon graduation and focusing on film, she landed an assistant editor position on Before Sunset under Sandra Adair. Nevie then went on to assist Sandra for four years. Nevie’s first feature as lead editor was Kat Candler’s directorial debut, Jumping Off Bridges. Some other key credits include: Mitch Schultz’s ground breaking documentary, DMT: The Spirit Molecule, Matt Muir and Sundance Alum Chris Ohlson’s, Thank You A Lot, Karen Bernstein’s Texas Emmy winning documentary, Producing Light; and cancerpants which was named “Best Documentary” at the Santa Fe Independent Film Festival. She is currently finishing the much anticipated The Teller and The Truth. Nevie’s favorite movie is Delicatessen, she is uncannily good at cribbage, and had perfect attendance in high school.