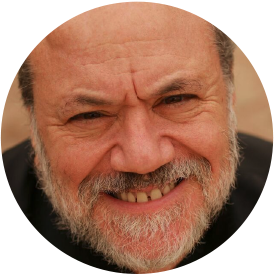 Louis Black received an MFA from the University of Texas in Austin with a concentration in Film in 1980. The next year he co-founded The Austin Chronicle, which he edits ( www.austinchronicle.com ) and where he has published close to one thousand pieces. In 1987, he helped launch South by Southwest Music, Interactive and Film Festivals and Conferences ( www.sxsw.com ) where he is a Senior Director.

Black produced several documentaries which include Margaret Brown’s Be Here To Love Me: A Film About Townes Van Zandt and the Peabody award winning The Order Of Myths, which premiered at Sundance. Black wrote the liner notes for Dualtone’s CD re-release of Daniel Johnston’s first two tapes, Songs of Pain and More Songs of Pain and for the CD Welcome to My World, a Best of Johnston’s anthology. He executive produced the first ever DVD release of Tobe Hooper’s first film Eggshells and Eagle Pennell’s 1978 indie classic The Whole Shootin’ Match, the film that Robert Redford always cites as inspiring him to start the Sundance Institute. Black is currently producing several films from Austin, Texas.