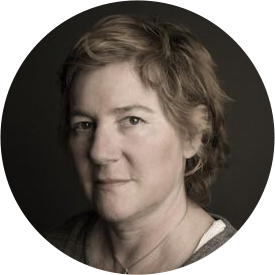 In her role as a series producer for American Masters and producer of Ella Fitzgerald – Something To Live For (1999), Bernstein received a national Emmy award for Outstanding Non-Fiction Series. For producing Lou Reed – Rock and Roll Heart (1998), she received a Grammy award. In 2000 she co-produced American Masters/Juilliard (2002) and American Masters/Clint Eastwood. Her work has been screened at over 100 international film festivals including Sundance and Berlin. Body of War was produced with Phil Donahue and Ellen Spiro, toured film festivals around the world, and was shortlisted for an Academy award in 2008. The ITVS funded film, Troop 1500, did an extensive tour around film festivals both in this country and abroad and was broadcast on Independent Lens in 2006.

With Galán Inc., Karen Bernstein produced Children of Giant, exploring the remarkable intersection between life and art in the West Texas city of Marfa, in the 1950s when the legendary filmmaker George Stevens came to town. transFIGURATION, a documentary program for PBS on a collaboration between the photographer, Rino Pizzi, and 12 Austin-based artists, was broadcast in May, 2014, and exists as a permanent KLRU web link (http://www.klru.org/episode/arts-in-context/transfiguration/). Both Are The Kids Alright? and Producing Light have won Emmys in Texas. Her web video for Etsy.com on the craft movement in Marfa. (http://www.etsy.com/blog/en/?s=Marfa+no+place+like+here&submit=Search) conjured over 250,000 hits on the Etsy website and was re-tweeted on BoingBoing and Huffington Post in 2010.