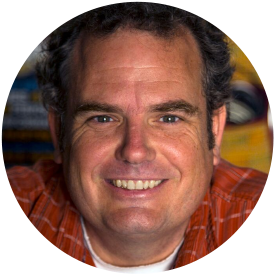 David is an Austin-based filmmaker with a passion for cinematography and documentary film. He began his career as a newspaper reporter, but honed his technical skills working as a camera operator, focus puller and gaffer on notable documentary features such as The Unforeseen, Be Here to Love Me, The Devil and Daniel Johnson, You’re Gonna Miss Me, Nuclear Family, Troop 1500, and Letter From Waco, to name just a few. David produced and directed his first documentary feature, The Hot Shoe, in 2004. That film, about professional blackjack card counters, was broadcast in the U.S., Great Britain and across Scandinavia. Since then, David has shot for several high-profile documentary TV series and was Director of Photography for the third season of the award-winning PBS documentary program, Downtown. In 2010, David traveled to Haiti to photograph the acclaimed short film, Espwa, which premiered at the Sundance Film Festival. In 2011, David was Co-Producer and Director of Photography on Better This World, which was broadcast on the prestigious PBS series, POV. He was cinematographer on two documentaries that will air on PBS in 2015, By the River of Babylon: An Elegy for South Louisiana and Moving Mountains: Land Arts in the American West.